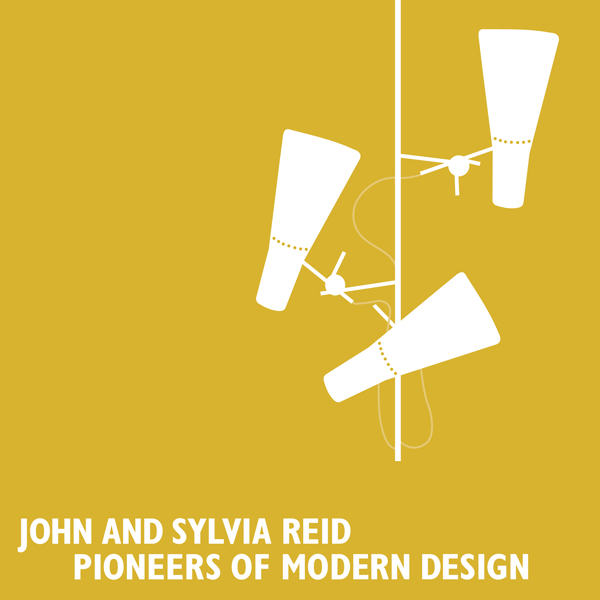 The exhibition is the first to highlight the revered modernist designers post-war product designs including archival S-Range furniture and Rotaflex lighting. Restrained and functional, the Reids’ designs were perfectly proportioned, with subtle detailing and imaginative use of materials – designed ‘for the young of heart and pocket’.

John and Sylvia Reid lighting catalogues also forms the content of the Margaret Howell calendar 2020. The Reids’ first lighting collection, Forrest Modern (1952), was strikingly minimalist and architectural whilst their designs for Rotaflex were equally groundbreaking. Their appointment as lighting consultants for Coventry Cathedral confirmed their reputation as Britain’s most accomplished lighting designers. 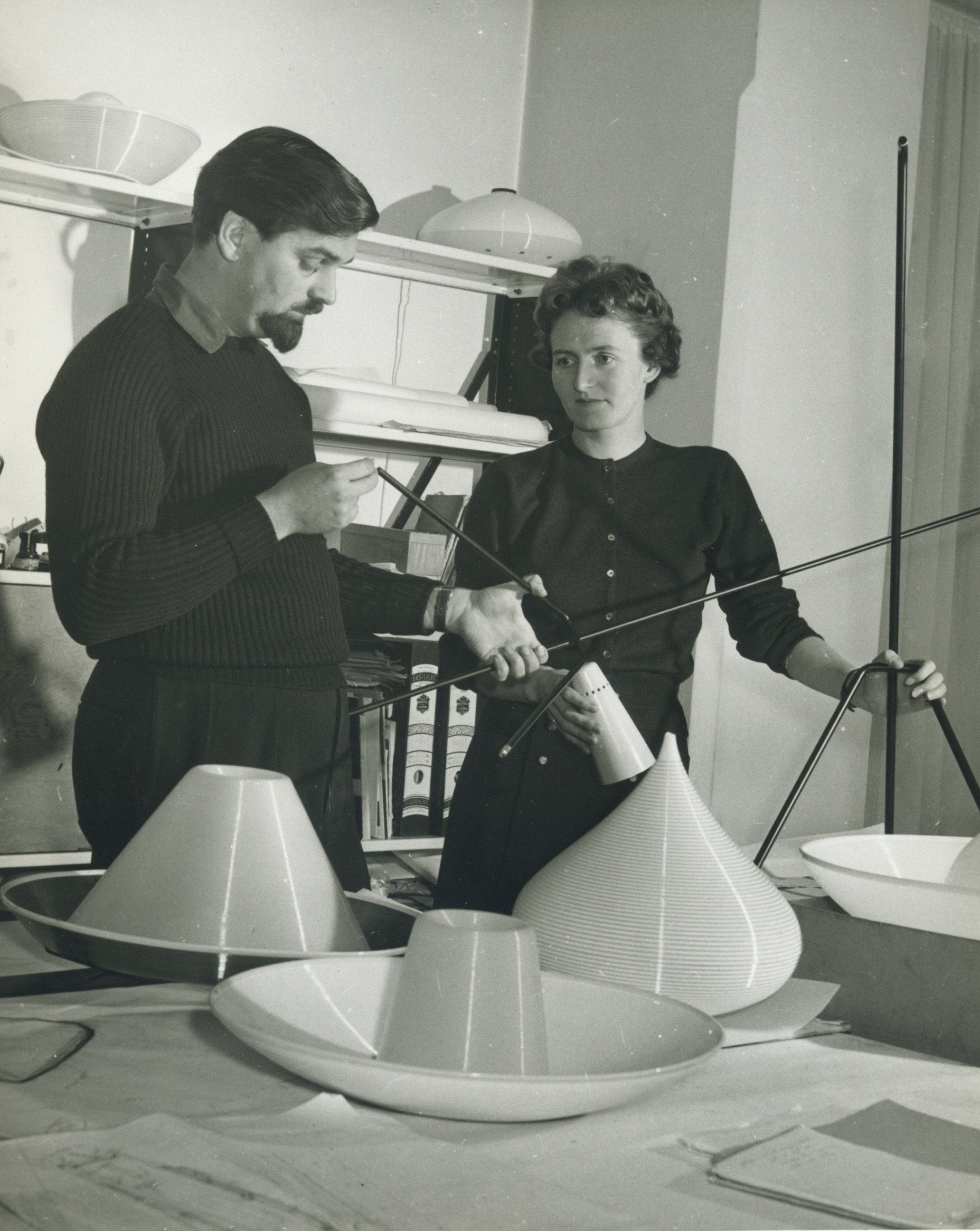 ‘One feels that the Reids could successfully design almost anything if they set their minds to it. I agree with John Reid that design is the intelligent use of materials to solve a practical problem. But this does not explain the inspired visual quality of the Reids’ work – quietly effective, with clean lines and spare shapes that complement those materials.’  – MARGARET HOWELL 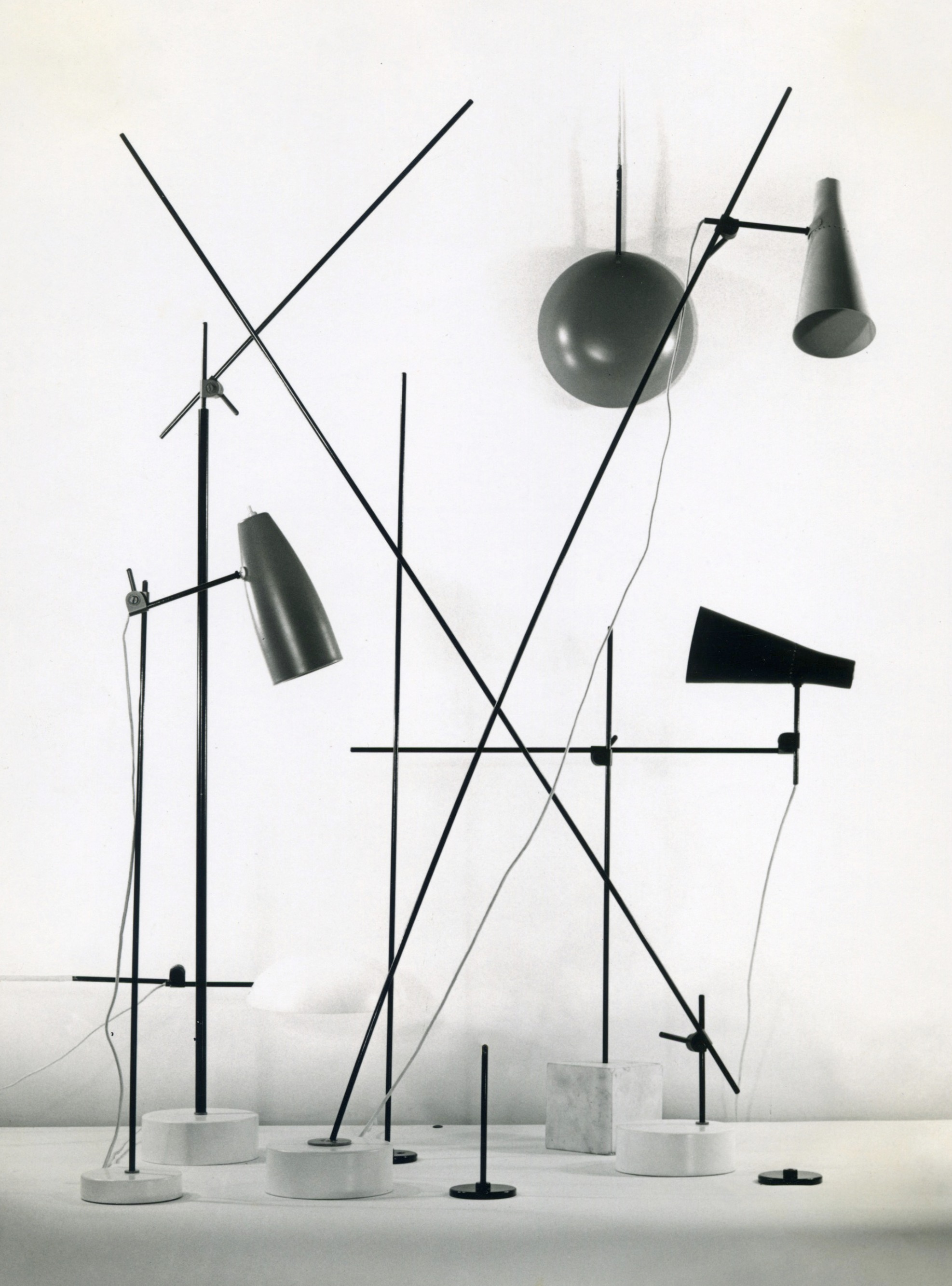 ‘Good design, whether it be of furniture, interiors or complete buildings, is concerned with the intelligent use of materials, arranged so that the functional requirements of the particular problem are solved. It is the product of logical thought and the attempt to provide for the requirements of the world in which we live.’ – JOHN REID 1960

John and Sylvia Reid met at the Regent Street Polytechnic studying architecture in London during the Second World War and formed a relationship, which was to sustain them throughout a prolific partnership and a happy, lifelong marriage.

John and Sylvia Reid’s design partnership was unusual in that it covered their entire output, collaborating on all projects from product design to interior design as a pair. Their involvement in the 1951 Festival of Britain saw them work closely with Robin and Lucienne Day, Milner Gray and Ernest Race amongst other prominent designers.

Perhaps best known for their furniture designs for Stag Cabinet Company and lighting fittings for Rotaflex, their early modern work was wide-ranging and designed to be affordable for young people like themselves. Their design philosophy was a response to a world of austerity; excitement and the prospect of building a bright new future. 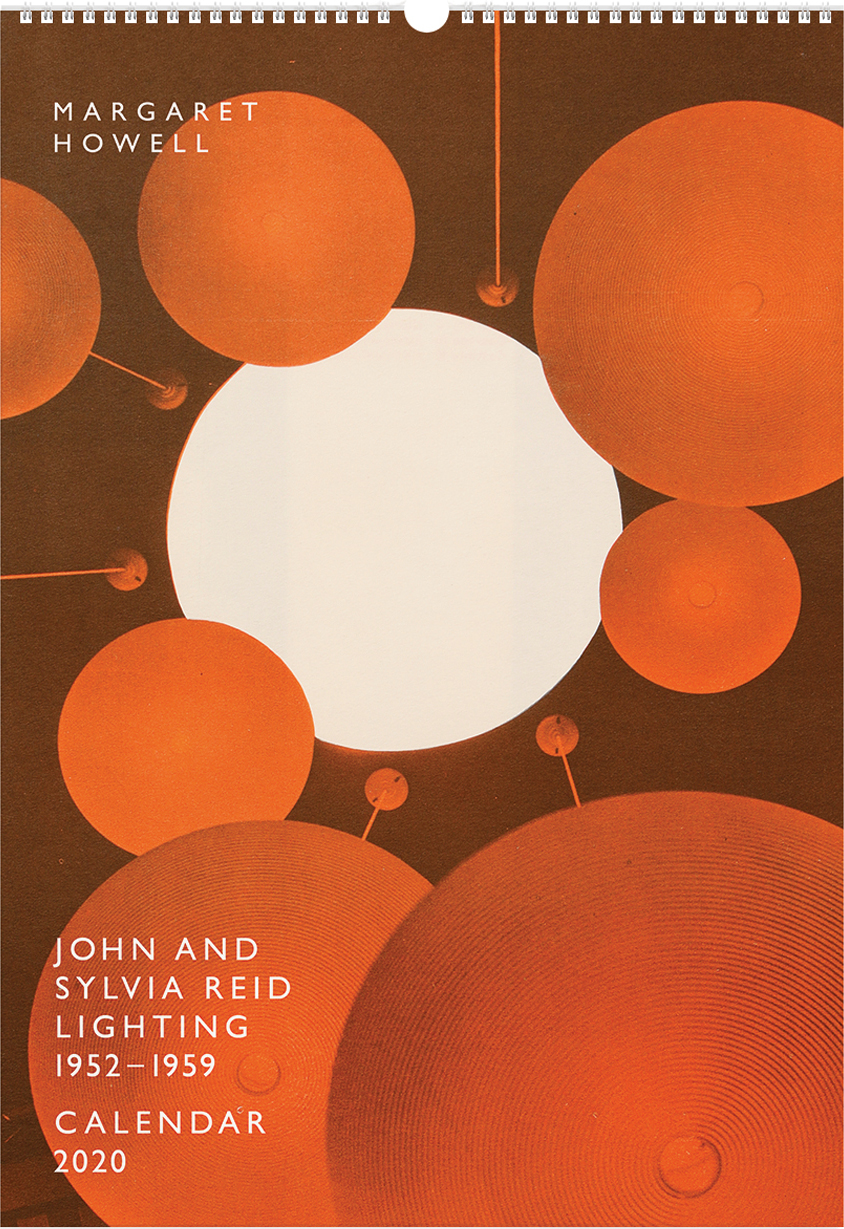